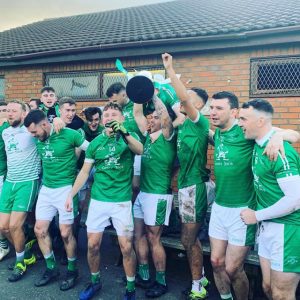 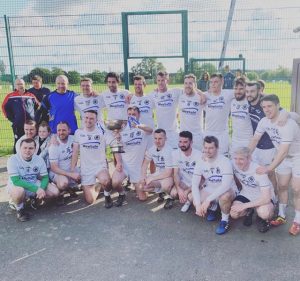 Sunday 6th October saw the culmination of the County Football and Hurling Championships.

John Mitchels started the afternoon off against St. Finbarrs with an emphatic win and the
final score was John Mitchels 5.26 St. Finbarrs 0.00. John Mitchels secured their own 6 in
a row by retaining their County Championship title and moving on to hope to retain their All
Britain title. They made it past the semi final and will face the Lancanshire Champions on the
weekend of the 2/3rd November.

We then had a close final between Sean McDermotts and Roger Casements which was neck
and neck for the first half with Macs going in 2 points up at the break despite going a man
down with approximately 5 minutes. The second half was just as close and came down to the
wire but Macs were able to hang on to a one point lead even with Casements managing to
bring it level in the final few minutes. Sean McDermotts sealed 6